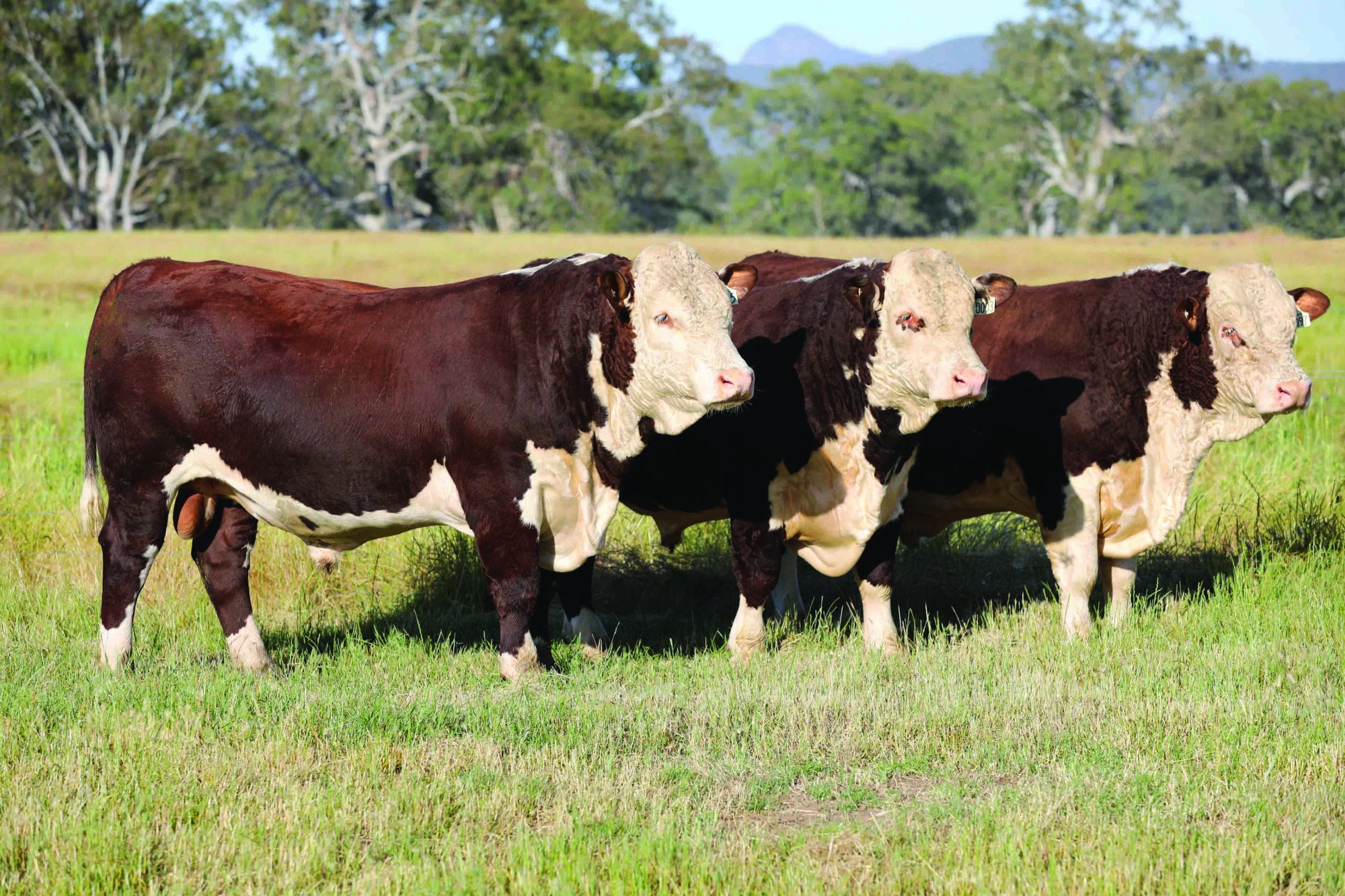 THE wind chill was the only thing cold at Yarram Park’s on-property bull sale on Monday, with 57 registered buyers on the auction ring floor, and a further 45 registered online.

Demand for the bulls pushed the average $5216 above 2020’s result, leading to speculation it could be a new record on-property auction average for the breed.

The top-priced bull – Lot 2 – earned a lot of interest in the week leading up to the sale, but was ultimately secured by Mark and Wendy Campion, Amos Vale Herefords, Pinkett, NSW.

The 23-month-old bull was a son of Yarram Lottery H220 and was in the top 5 per cent for eye muscle area (EMA) and rump fat.

The Campions’ have been breeding Herefords for 54 years, and are return buyers to Yarram Park after purchasing a stud sire last year for their operation.

Mr Campion said they were drawn to his natural meat and muscle expression, who was still free moving with a lovely head and eye.

“We believe he will bring some real thickness through the Amos Vale herd, and still has that good structure, good feet and legs,” he said.

Mr Bergamin is a return buyer to Yarram Park, using their genetics for 30 years in their self-replacing and milk-vealer operation in Gippsland.

After purchasing a Lottery M089 son in 2018, he was looking for a new herd sire with some outcross genetics for his 600-head commercial cow herd.

“We had Lot 18 picked out as our first preference, we were looking for a bull with a good mix of horn-polled genetics, but still low birthweight with good milk and growth figures,” he said.

“He just walked so smoothly, placing each foot behind the other in his tracking, whilst still having that large EMA, to me he was just an amazing sire.”

Lot 8 was another specially-selected March 2019-drop son of EDR Mojo, brought forward in the sale offering due to the interest received.

Mr Newcomen said he liked the bull due to his complete outlook.

“He was long and deep; he just looks like a real sire to me,” he said.

“He just stood well on his legs, had an excellent temperament, good eye and hindquarter.”

Mr Newcomen plans to join the bull to a selected run of stud and commercial females.

Volume buyers of the sale were Broadlands, Lucindale, SA, purchasing 12 bulls to a top of $13,000 twice and averaging $10,166, being return buyers for the last four years.

Broadlands manager Chris Major said they had been building up numbers for commercial breeders by buying Hereford heifers out of the weaner sales, in an attempt to build up to a full Hereford herd.

“We will be joining 2000 cows this year, using the bulls purchased today to go over our second-calvers through to mature cows,” Mr Major said.

“We are trying to not just buy on figures but phenotype of the bulls, which is part of the reason we came over for the [Stock & Land Beef Week] field day,” Mr Levy said.

After the sale, Yarram Park general manager Jeremy Upton thanked the new and return buyers to the sale.

“Today was the accumulation of three years of planning and hard work, which couldn’t have happened without the team we have,” Mr Upton said.

Elders stud stock auctioneer Ross Milne had nothing but praise for the work put together by the Yarram Park team.

“It was the best draft through auction I’ve seen Yarram Park put forward, they have evenness of type with great breed characteristics, and are certainly commercially-focused,” Mr Milne said.

Yarram Park owner Antony Baillieu said they were happy with the direction their sires were taking them.

“I think these are the best line of bulls we’ve put forward since we commenced our on-property sale,” Mr Baillieu said.