Wrap of the 2020 Annual On Farm Bull Sale

THE on-property sale record tumbled at Yarram Park on Monday as bull prices escalated under the auctioneer’s hammer.

Yarram Star General P181, Lot 6, sold to Mr. Barry Newcomen, Newcomen Hereford Stud at Ensay, for the top price of $33,000. This was the 3rd time Barry has purchased the top priced bull at Yarram Park.

The excitement in the crowd grew as the record was hit and the chatter grew as further positive pricing continued to be achieved throughout the sale.

The overall result was that 58 of 62 bulls offered were sold at auction with a final average of $9,224.

Of the four remaining bulls, three were sold shortly after the sale.

Yarram Park General Manager, Jeremy Upton was expecting solid results in the sale, based on the hard work his team had put in over the previous three years.

“We were thrilled with the sale, it was strongly supported by our long-term repeat buyers and it was great to see some new clients support the sale also,” Mr Upton said.

“We believe there was some good buying opportunities, with strong support from both commercial and stud operations.”

Mr. Newcomen was looking forward to bringing the bull back to his property at Ensay.

“He’s got good figures, he’s a well balanced bull and he should be suitable for heifers and that’s important,” he said.

“I just liked him, I wasn’t expecting him to make that much money, but somebody else liked him too.”

Mr. Newcomen is a repeat buyer and has been the top-priced bull buyer in previous years.

“We have bought in the past from Yarram Park and we have a lot of bulls in our sale this year that have been sired by those bulls,” he said.

“If we can get a bull to breed as well or better than he appears to be, then we’ve got a bull that’s worth persisting with,” Mr Baillieu said. 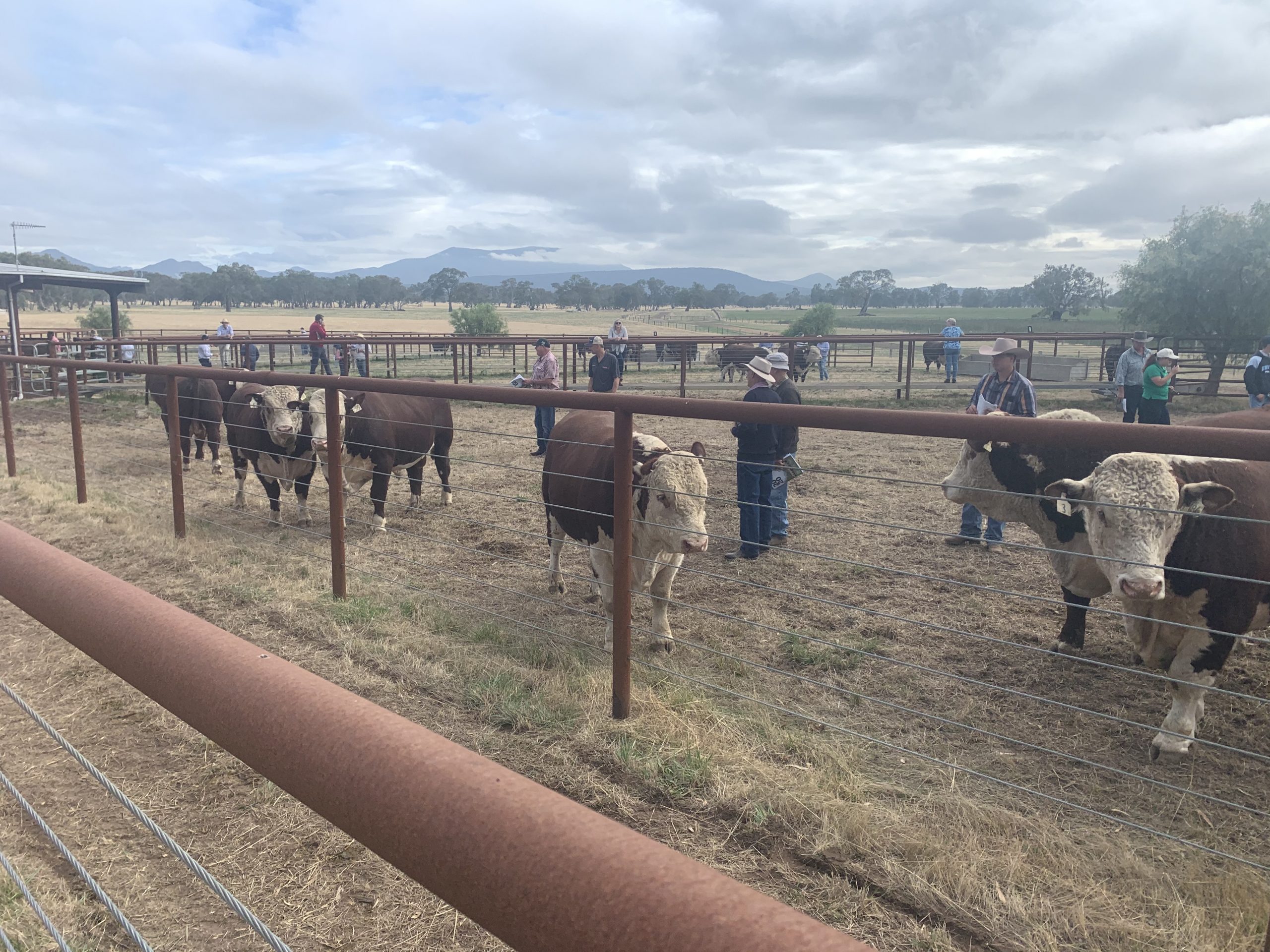