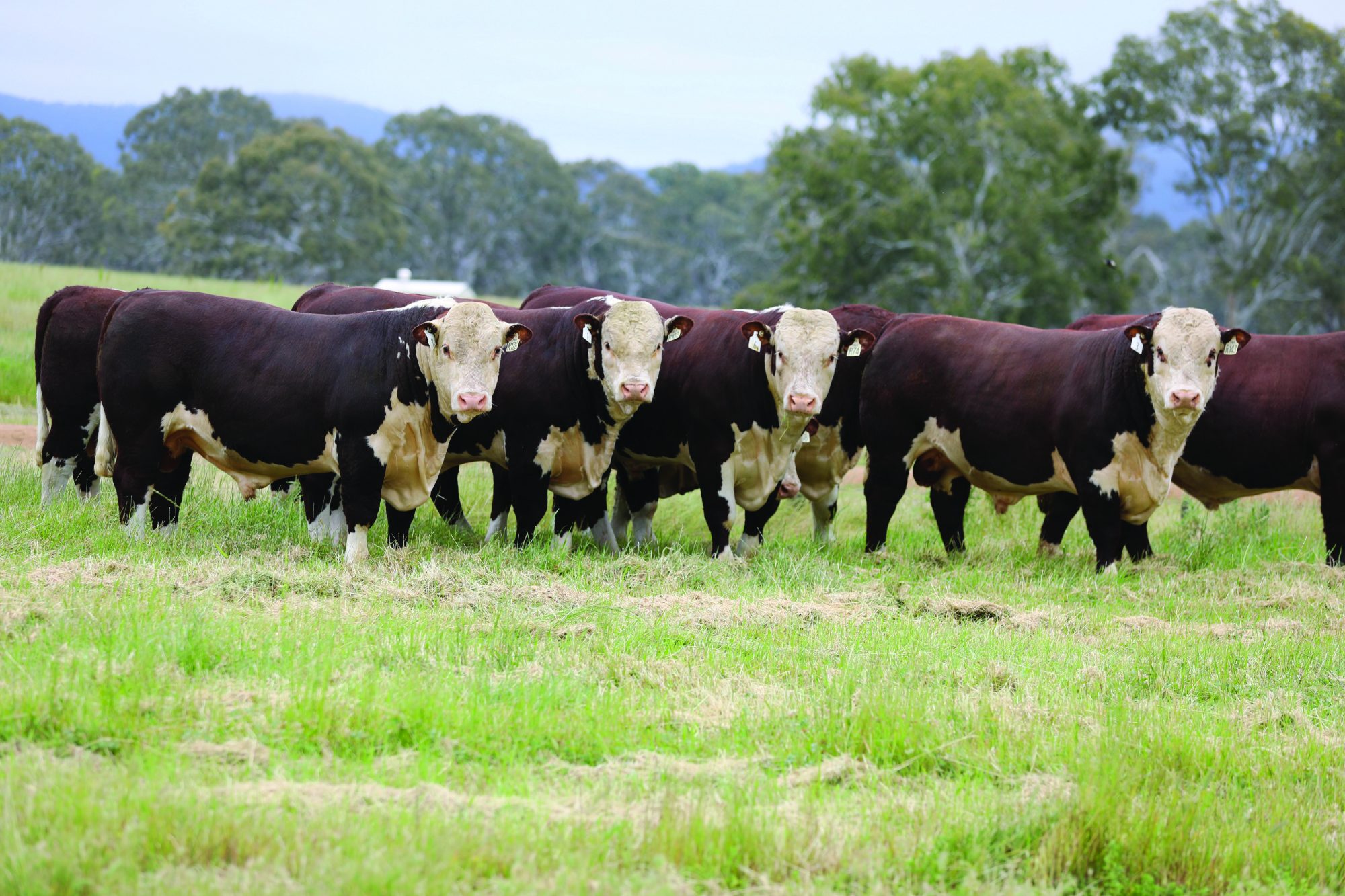 The Willaura-based stud outdid its previous record sale average from 2021 by $4360, and at the same time set a new Australian Hereford on-property average record of $18,800. The top-priced bull Lot 17 – Yarram Lottery R162 – was purchased for $58,000 by Neville and David McClure, Mooree Partnership, Mooree, with a semen share being secured by Alvio Trovatello, Glendan Park Herefords, Barfold. A denoted feature lot for the sale by Yarram Park, he was by home-bred sire Yarram Lottery M089, and was in the top 10 per cent of the breed for 200 and 600-day weights, carcase weight and eye muscle area (EMA). “We like Lot 17 for his presence and his growth, he just got around like a cat,” David McClure said. “He has phenomenal carcase attributes as well, which will suit the cows we run and the market we aim for. “We have been long-term clients of Yarram Park, they are a very good family who stand by the product they sell and cater for everybody.”

Lottery R143 was also a son of Lottery M089, and is the the top 5pc or better for EMA and retail beef yield. “He was a beautifully-balanced bull, with plenty of red meat, he just looks great,” Mr Newcomen said. “He has a great coat, a lovely temperament, with good figures, and whilst he might not be the biggest bull on offer he weighed up exceptionally well.” Mr Campion agreed with Mr Newcomen’s comments. “I like his overall appeal and how he is put together, from his head to his rear-end,” he said. “He has tremendous thickness, great depth, beautiful head and eye, I think he is really going to complement the Amos Vale herd. “Everywhere you look at him, he is perfection, he just looks like a sire.”

Yarram Park general manager Jeremy Upton said he was incredibly humbled by the support received at the sale. “Following last year’s result, we were hoping for a good sale and the result has truly astounded us,” he said. “To break our previous top price four times was another amazing result for us, and to see those bulls go to three states.”

All bulls not sold during the auction sold post sale.